Our cattery is located in SE Oklahoma and owned by Crystal and Mike Lowe. Our passion is with the magnificent Savannah breed, therefore, we are an exclusively Savannah cattery, dedicated to producing the highest quality, Breed Standard, Savannahs with the exotic appearance of the African Serval, while keeping health and happiness first and foremost. Breeding Savannah cats and breeding high quality Savannah cats are two completely different things. Our fur babies are raised in our very busy home, with our 4 children.

The very first F1 Savannah kitten was produced by Judee Frank, accidentally, by housing an African Serval and a Siamese cat together in 1986. That F1 kitten, (named Savannah) was owned by Suzi Mutascio, as it was her serval who bred the Siamese cat. That kitten grew up and went on to produce kittens of her own in 1989. Lori Buchko now owned Savannah and she produced another litter of kittens. Patrick Kelley came to own the F2 and her F3 kitten, produced by the very first F1 Savannah, and fell head over heels for this amazing new breed of cats. In 1991, he created the first savannah breeding group, savannahcat.com.

Patrick could not own a Serval in the state he resided in, but that didn’t stop him from finding someone who could. He eventually found Joyce Scroufe, who bred Servals along with other exotic cats, and after much convincing, she agreed to try to produce another F1 Savannah cat, at Patrick’s request.

In 1994, another F1 was produced, while Patrick remained behind the scenes promoting this magnificent new breed. Joyce Scroufe and Patrick Kelley are known as the founders of the breed and Patrick’s determination and vision was crucial for the Savannah breed as we know it today.

It was a long and hard road to get this new breed accepted by TICA, and many people worked long and hard to get this accomplished. In 2001, the breed got registration status but it wasn’t until 2012 that the Savannah cat gained championship status. 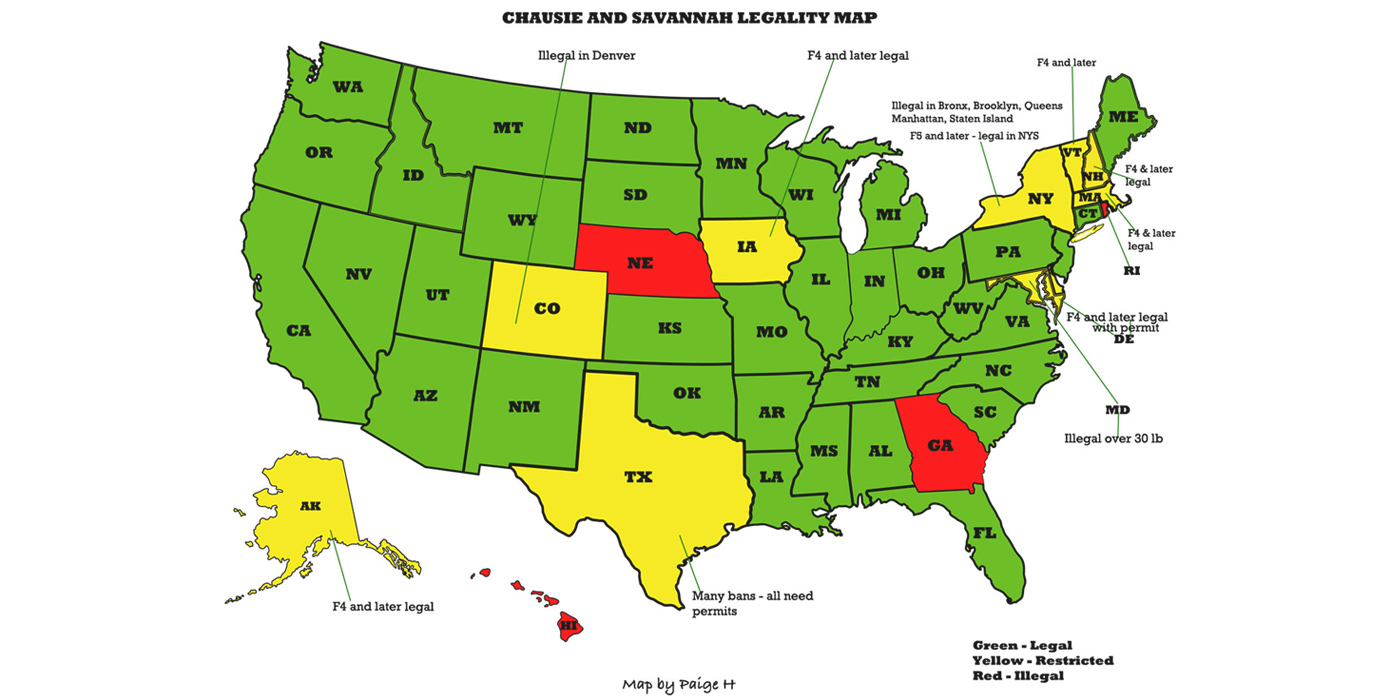 Hear What People Are Saying About Us!